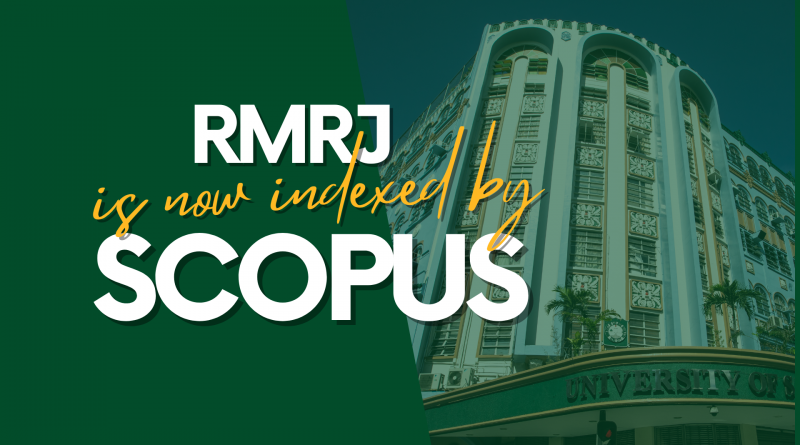 Congratulations to the University of San Jose-Recoletos, the Center for Policy Research and Development Studies (CPRDS), the Recoletos Administration, and the late Dr. Roberto N. Padua, who believed and gave their support to the Recoletos Multidisciplinary Research Journal (RMRJ) from its conception, publication, until the present. A testament to what every Josenian’s all-out and continuous support can achieve.

The Recoletos Multidisciplinary Research Journal(RMRJ) of the University of San Jose-Recoletos has been accepted for indexing by Scopus. The indexing entity, which is the largest and one of the two most widely-used citation databases in the world, is also the most respected platform for analysing peer-reviewed literature.

RMRJ has gotten the approval for quality research articles by the Scopus Title Evaluation Team. The editorial team of the said journal received the formal correspondence from the Scopus Content Selection & Advisory Board (CSAB) approving RMRJ’s inclusion in Scopus on August 28 this year which coincided with the feast day of St. Augustine, the saint that inspires the way of life of the Order of Augustinian Recollects’ who founded the University of San Jose-Recoletos (USJ-R).

Over the years, the University of San Jose – Recoletos has taken pivotal steps and invested in intensifying its pursuit to be at the forefront of Catholic education in the field of research.  In 2013, USJ-R, through the Center for Policy, Research and Development Studies then led by Dr. Juanito B. Alino, gave birth to the Recoletos Multidisciplinary Research Journal (RMRJ) with a vision to emerge as an autonomous and leading force in multidisciplinary research.

The mentorship of the late Dr. Roberto N. Padua and the succession of Dr. Agnes C. Sequino as the head of CPRDS were instrumental in the building of research culture in the university and ensuring the sustainability of research production and utilization. Currently, with 19 volumes of published issues, RMRJ dedicates itself towards the promotion of knowledge through high-quality research publications in various disciplines.

Since its inception, RMRJ has achieved major feats through the years. In 2013, in its maiden publication, it affirmed USJR’s research university direction and contributed to maintaining the USJR’s autonomous status until now. At first, it achieved category B status in its maiden issue and not long after was recognized by CHED as a Category A Journal in August 2014 on its 2nd publication. The journal was indexed in Google Scholar and was awarded as CHED Journal Incubation Program (JIP) grantee in August 2017 and three months after, RMRJ was inducted into the ASEAN Citation Index in November 2017. Further, it was indexed in CROSSREF and in Philippine E-Journals (PEJ) in 2018.

In 2020, its health-related papers were adapted and migrated to HERDIN PLUS. RMRJ became part of the Directory of Open Access Journals (DOAJ) and the Visayas Mindanao Consortium for Journal Publication Inc. (VMCJPI) in 2021 and was added to the Andrew Gonzalez Philippines Citation Index in 2022.

In research publication, the indexation of a journal is viewed as the best indicator of its quality. 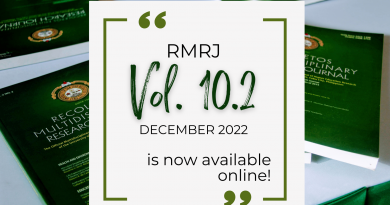 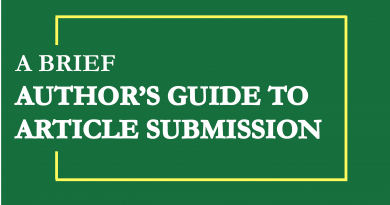 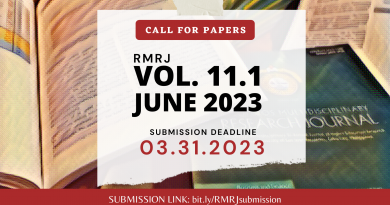 Construction of Difference Sets from Unions of Cyclotomic Classes of Ord

Interlocking Directorates in the Philippines